The 23rd Century Platform for Discovery

Lowering the cost of medicine by revolutionizing the medieval and archaic drug development processes through in silico mechanistic modeling to study phenomenon not possible through in vitro and in vivo experiments.

Getting the bang for the buck by knowing what ingredients really work, and what are fillers, while reducing toxicity and risk.

Eliminating animal testing by discovering safe and efficacious products to make you look and feel better.

Dr. Shiva Ayyadurai, the Founder and CEO of CytoSolve, Inc., is the Inventor of Email and holds 4 degrees from MIT. He is a Fulbright Scholar and has started 7 successful hi-tech companies including EchoMail, CytoSolve and Systems Health. He is also the Founder of Center for Integrative Systems that performs fundamental research in systems thinking and is the home of Innovation Corps and C.L.E.A.N./R.A.W. certifications. He is now a candidate for US Senate from Massachusetts.

Pericytes of the Neurovascular Unit: Key Functions and Signaling Pathways

Download this pioneering research paper published in the peer-reviewed journal Nature Neuroscience, that uses the CytoSolve approach to create a novel systems architecture of the neurovascular unit to examine the key signaling pathways between pericytes and their neighboring endothelial cells, astrocytes and neurons that control neurovascular functions. This pioneering work provides novel insights into the role of pericytes in central nervous system disorders including rare monogenic diseases and complex neurological disorders such as Alzheimer’s disease and brain tumors. 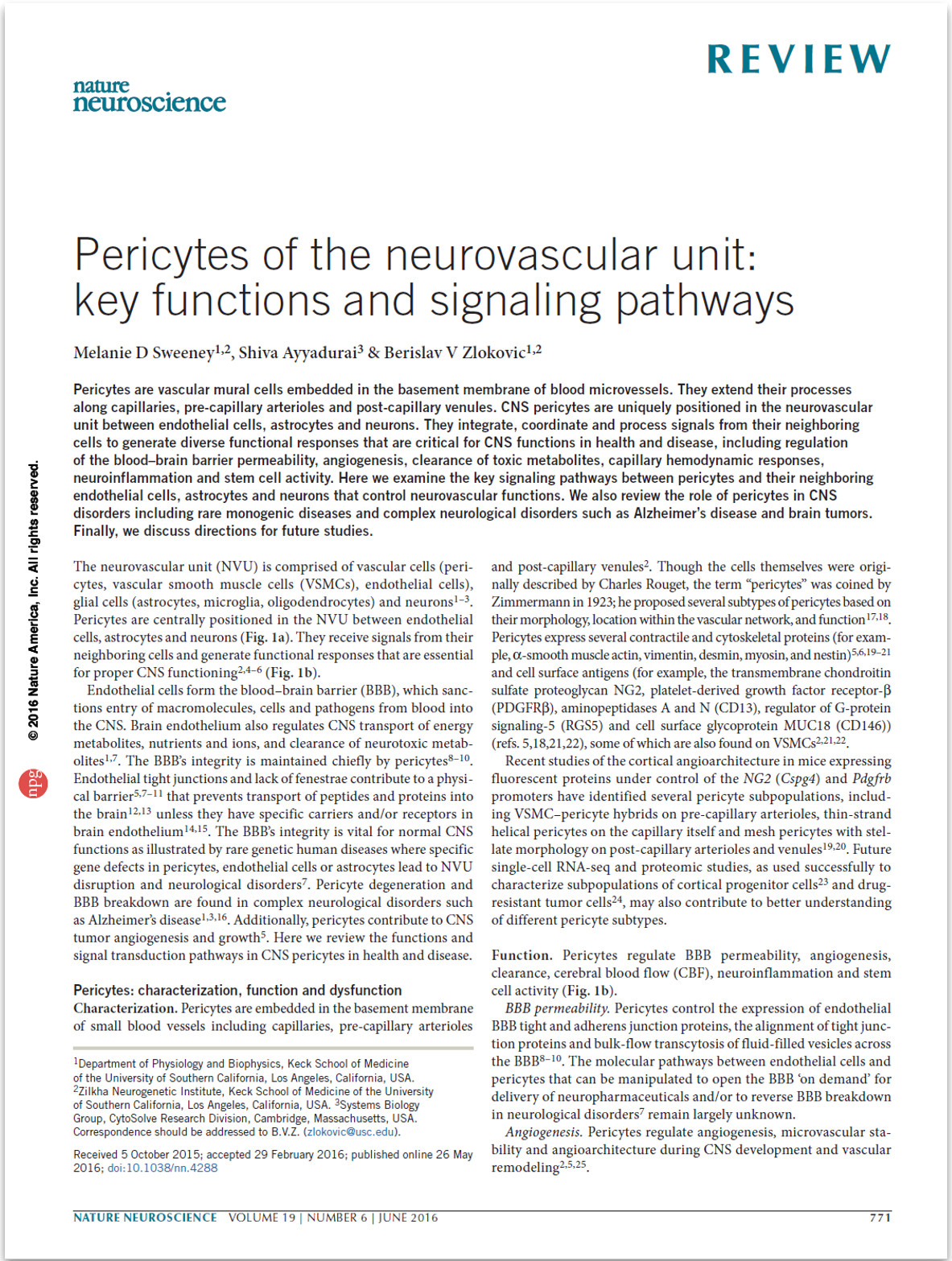 Please submit the form below to download the research paper. The download link will be sent to your email address.

© 2011 - 2020 CytoSolve, Inc. All rights reserved. | Feedback
You can login using your social profile
Problem with login?

Safety assessment of genetically modified organisms (GMOs) is a contentious topic. Proponents of GMOs assert that GMOs are safe since the FDA’s policy of substantial equivalence considers GMOs “equivalent” to their non-GMO counterparts, and argue that genetic modification (GM) is simply an extension of a “natural” process of plant breeding, a form of “genetic modification”, though done over longer time scales. Anti-GMO activists counter that GMOs are unsafe since substantial equivalence is unscientific and outdated since it originates in the 1970s to assess safety of medical devices, which are not comparable to the complexity of biological systems, and contend that targeted GM is not plant breeding. The heart of the debate appears to be on the methodology used to determine criteria for substantial equivalence. Systems biology, which aims to understand complexity of the whole organism, as a system, rather than just studying its parts in a reductionist manner, may provide a framework to determine appropriate criteria, as it recognizes that GM, small or large, may affect emergent properties of the whole system. Herein, a promising computational systems biology method couples known perturbations on five biomolecules caused by the CP4 EPSPS GM of Glycine max L. (soybean), with an integrative model of C1 metabolism and oxidative stress (two molecular systems critical to plant function). The results predict significant accumulation of formaldehyde and concomitant depletion of glutathione in the GMO, suggesting how a “small” and single GM creates “large” and systemic perturbations to molecular systems equilibria. Regulatory agencies, currently reviewing rules for GMO safety, may wish to adopt a systems biology approach using a combination of in silico, computational methods used herein, and subsequent targeted experimental in vitro and in vivo designs, to develop a systems understanding of “equivalence” using biomarkers, such as formaldehyde and glutathione, which predict metabolic disruptions, towards modernizing the safety assessment of GMOs.